In 1951 Jan Verstegen took over a small forge in the village Vreeswijk. The work mainly consisted of small jobs, like cleaning stoves and placing steel rings on wooden wheels. For that time a  typical small blacksmith’s workshop; working hard for little money. The bankruptcy of another forge in the village Vreeswijk changed things. This other forge produced small buckets and single line grabs and Verstegen took over this business. In 1953 the first order was received for building a new bucket. The first bucket was much too heavy and had to be taken back, but the second bucket proved to be very successful. After this first bucket other orders came for new buckets and the repair of existing buckets.

Unfortunately Jan Verstegen died very young at the age of 45. His son Gerrit, who joined his father in 1954, continued the small business at the age of 17, with the moral support of his mother. 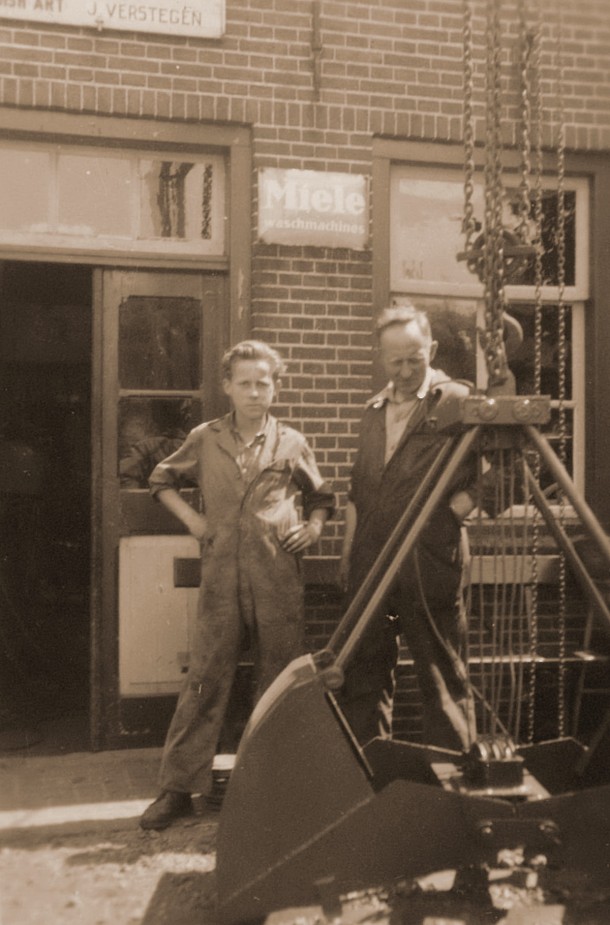 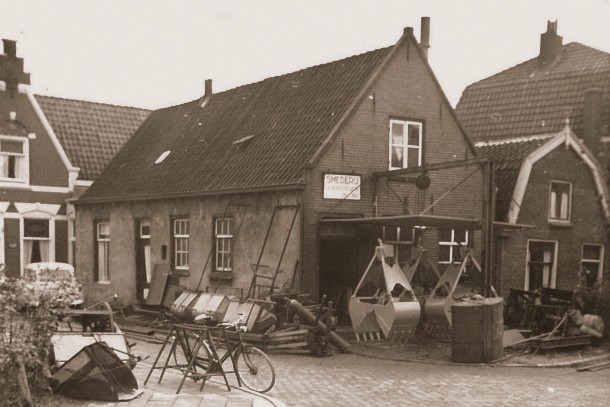 Verstegen was located in Vreeswijk, a small village at a junction of waterways. On one side the Rhine river and on the other side the channel that connected the Rhine river with Amsterdam. Winning of sand on the Rhine river was extremely important for construction work and because of its strategic position, Vreeswijk had the largest sand fleet of the Netherlands. Every day more than hundred small barges went on the Rhine river to dredge for the yellow gold. Until 1950 most of the sand winning was the result of hard manual labour. After that period the use of small grabs started.

When the demand for grabs increased, Gerrit Verstegen decided to stop all other work and fully specialise in repairing and building grabs and buckets. Soon the forge became too small and after temporary hiring a small production facility, the first Verstegen production hall was built in 1964. Verstegen grabs became known for their high productivity and low dead weight. Besides the dredging grabs, Verstegen developed clamshell grabs for coal, animal feed and other materials and the grabs were sold throughout the whole country and even outside the Netherlands. Soon the first build production hall became too small and a second and later a third production hall were being built.

Large customers all over the world

Until the eighties most Verstegen customers bought small grabs for sand and gravel, animal feed or for dredging. Most of them decided for Verstegen grabs because of the higher volumes and lower dead weights. These advantages were also noticed by Dutch crane manufacturers (Figee, Nelcon, NDC) and they decided to deliver the Verstegen grabs together with their cranes to customers all over the world. Besides crane manufacturers also larger stevedoring companies decided for Verstegen. From the end of the eighties and early nineties Verstegen successfully replaced scissors grabs at large European terminals. Until then scissors grabs were considered to be superior over clamshell grabs, but Verstegen grabs proved to be more productive with lower operational costs. Steel works in Belgium, France and the UK replaced their scissors grabs with Verstegen clamshell grabs.

In 2002 Verstegen developed a new modern production facility for building larger grabs in a fast and efficient way. The new complex of 11.000 M2 made it possible to build more and bigger grabs and grow further to become the world market leader in rope operated mechanical grabs. Nowadays Verstegen grabs operate in more than hundred countries worldwide.

Do you need some assistance?

There’s a right grab for every bulk material or situation.
Tell us your problem and Verstegen will come up with a solution.